Randall’s Hill has been the parallel label from my Stone Chimney Creek vineyard since I purchased the property in 1994, and the 2013 vintage is the forth release. I pick my 2ha vineyard late in the season and vinify in small batches to produce a collection of barrels which I mature under my house, beside the vineyard.

Not made every season, I deem the Randall’s Hill Shiraz as more fruit forward than my Barossa Ranges Shiraz and does not receive the 3-5 years bottle maturation prior to release.

My 2ha dry grown Shiraz vineyard planted in 1910 had 5 rows of Riesling on the Southern side that I decided to rip out in 1999. I replaced ththis with five rows of Shiraz grafted onto rootstock, next to the gnarled old vines that produce my Chris Ringland Shiraz. Like my old vines, the new plantings are not irrigated, so took 10 years to bear fruit.

Given my Chris Ringland Shiraz will always be blended from the old vine sections of my vineyard, Randall’s Hill comprises my young vine component, along with any old vine barrels that do not fit my Chris Ringland Barossa Ranges style.

This said, reviewing my future releases currently in barrel, I will be releasing a Randall’s Hill only from the 2014 vintage given a combination of a tiny yield and cooler vintage conditions.

Historically, there have been three prior releases of Randall’s Hill.

In 1995, the first vintage I produced from my vineyard, I made only four barrels of wine. As I still had to understand the capabilities of the site, I found I made two quite different wines, from the south and north sectors of my vineyard. A number of years later I bottled these two different wines, becoming my 1995 Three Rivers Shiraz and the inaugural release of Randall’s Hill.

In 1997 I decided that the seasonal conditions were not conducive to producing the Three Rivers style, opting instead to repeat the approach taken with the first Randall’s Hill wine in 1995. The wine was matured for a relatively short 32 months in new Radoux hogsheads.

The 2010 was a classic for both the Randall’s Hill and Barossa Ranges. While drinking wonderfully now, they will both reward further time in the cellar.

The 2013 Randall’s Hill Shiraz was bottled a year ago and is scheduled for release in 2019. Made up of selected rows of vines planted in 1910 and five rows of young vines (planted in 1999), it’s what Ringland calls his “more fruit-forward” wine (after more than four years in barrel). Loaded with peppery spice, floral notes, vanilla, mint and chocolate, it’s full-bodied and rich, with a tremendously long, velvety finish.

The Winter of 2012 was wetter than average, but during the Spring unusually dry conditions developed. There was some frost damage with vine buds on the Barossa Valley floor, less so in the high country of Eden Valley and the Barossa ranges. Even though conditions during vine flowering were good, the yield outcome was lower than expected, due to the dry Spring conditions. Weather conditions in early Summer and during the buildup to the 2013 vintage were quite mild. This resulted in earlier than expected ripening of the grapes. Flowering of the Stone Chimney Creek Shiraz began in early November 2012, the fruit being harvested on April 3. After 50 Months maturation in new French oak barrique and hogsheads, the wine was drawn from the wood for bottling on July 26, 2017.

Palate: Very full bodied, with soft mouthfeel, yet the tannins are quite powerful. This is reinforced by the natural acidity. This vintage of Stone Chimney Creek Shiraz will have great longevity potential. The palate displays moderate persistence at this stage, with savoury flavours of rich, ripe berries and chocolate. 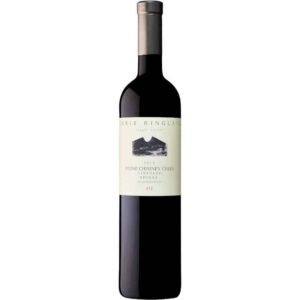 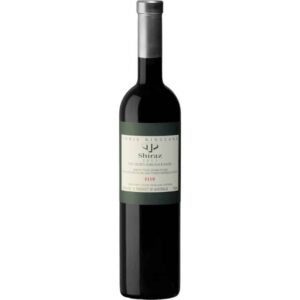